their classic format putting them on a par with Reggae greats, hence they have played alongside international artists

Brother Wildman, Sistah Maryjane y Maga Lion Brother Wildman, Sister Maryjane and Maga Lion have taken the unusual step of sharing lead vocals and harmonies, each singer having unique vocal qualities that complement their plethora of tracks. Between them they covered multiple genres however were drawn to Reggae music because it reflects their true beliefs and is in alignment with their spirit

Madrid is home to Emeterians. After more than 15 years in the business (formed 2004) their musical versatility combined with a unique approach to the craft has resulted in Emeterians becoming Spain’s pre-eminent vocal trio.

‘Emeterians’ is a tribute to Emeterio’s Rehearsal Rooms – holding special memories and a place in their hearts. Musically, through a combination of styles- Roots, Dub, New Roots and Revival Reggae, Emeterians successfully generate an original Jamaican flavour. The trio maximise this by executing their songs in different ways. They enjoy working/performing in various formats including; 4/5-piece bands- especially The Forward Ever Band, sound systems, live dub and acoustic sessions. 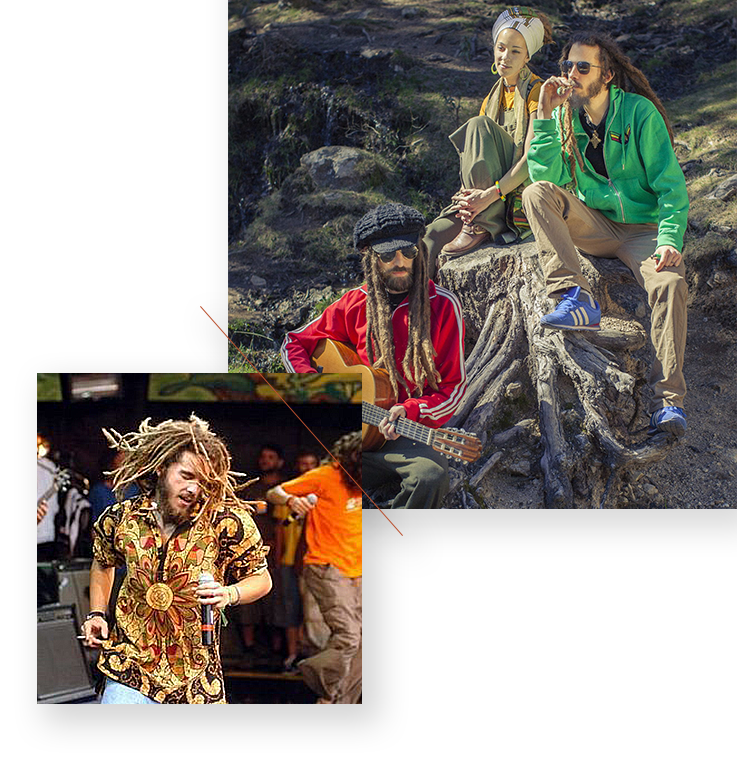 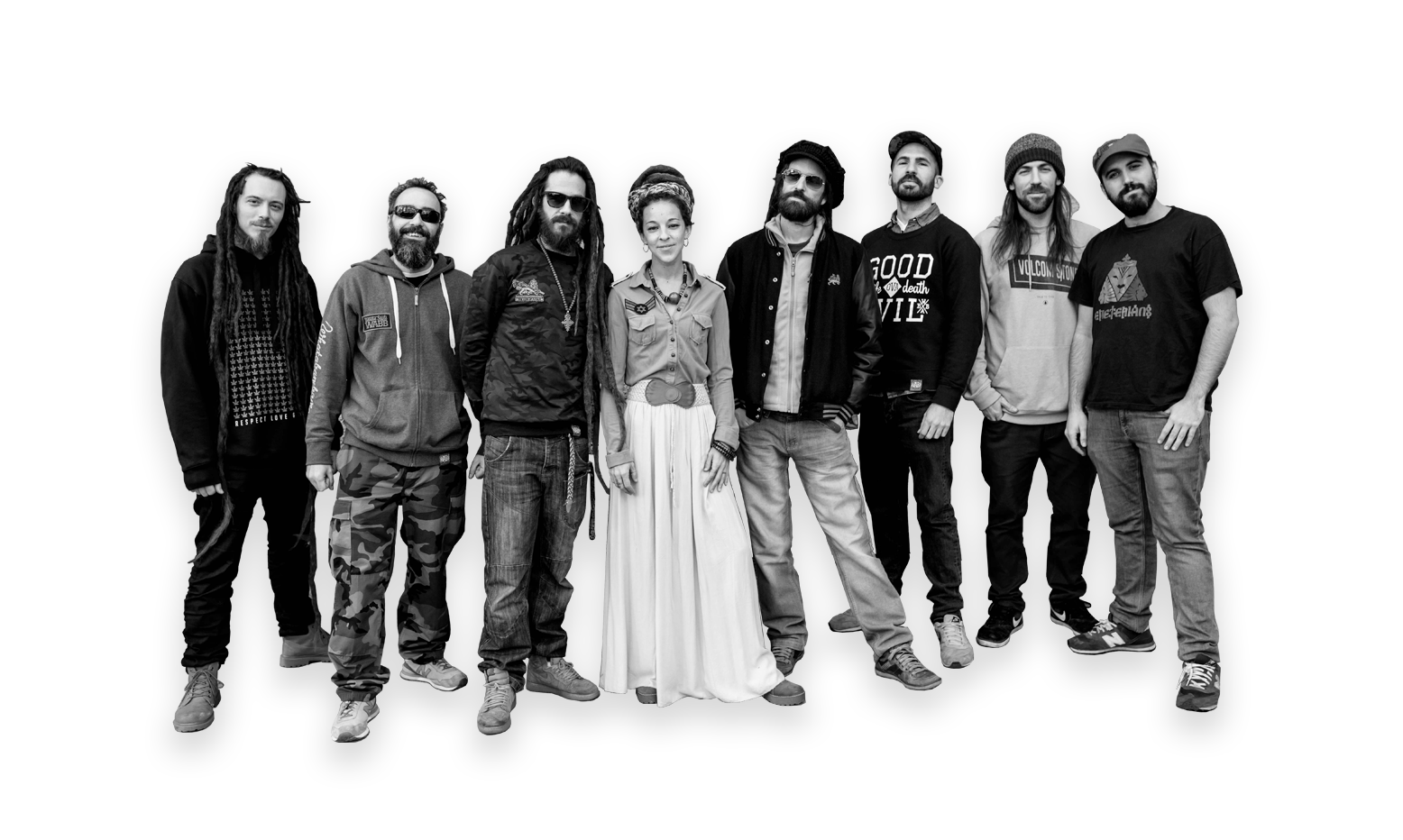 Live Performances: reflect the energy and harmony of the group, being Professional, Dynamic, Passionate and Spiritual. 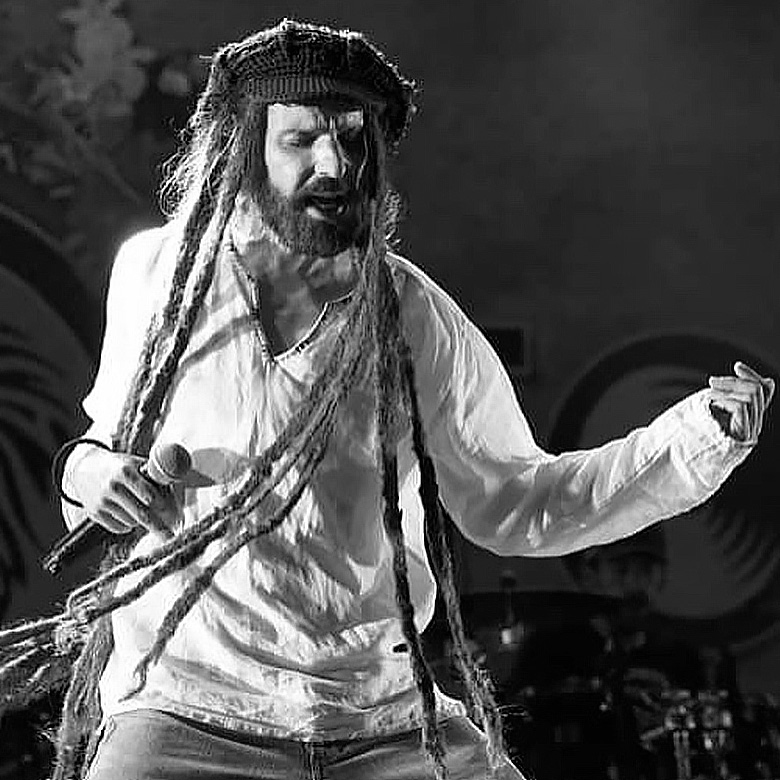 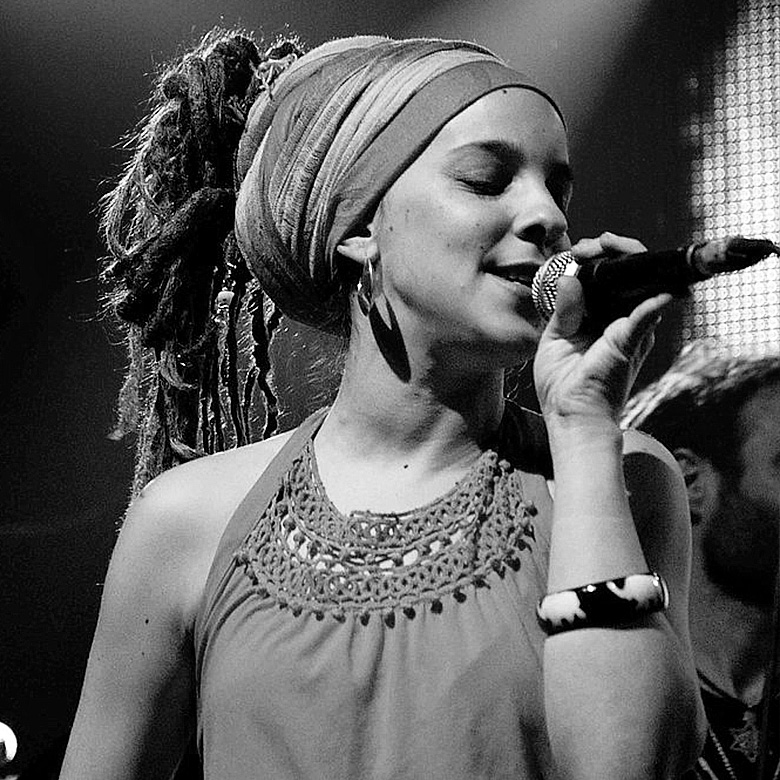 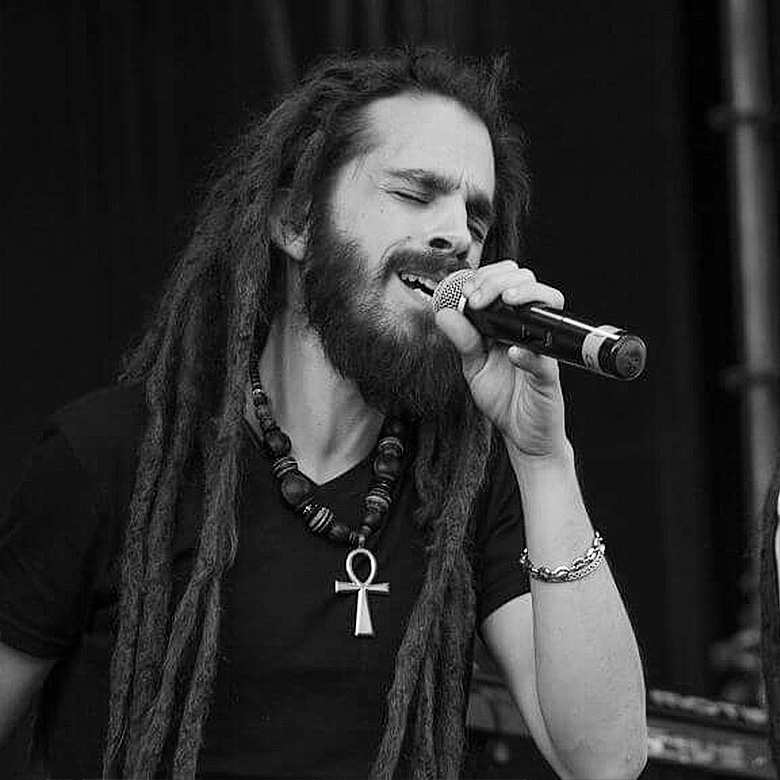 Musically, through a combination of styles- Roots, Dub, New Roots and Revival Reggae, Emeterians successfully generate an original Jamaican flavour. The trio maximise this by executing their songs in different ways. They enjoy working/performing in various formats including; 4/5-piece bands- especially The Forward Ever Band, sound systems, live dub and acoustic sessions.

Emeterians have been at the forefront of reggae music since their conception, performing at the best clubs, live music events and making media appearances. During the past decade, Emeterians have been influential in raising the profile of reggae and popularising it both within Spain and across Europe, leading to an impressive record of international festival appearances. Included are: Reeds Open Air, Mount Zion Festival, Foundation Reggae Festival and Rototom Sunsplash - the biggest European Festival where all the top artists perform.

The Emeterians felt very blessed to play at the festival twice, in 2008 and 2011, and to win the Spanish contest (a part of the festival). In August 2019 they will be appearing on the main stage in Benicassim at the climax of this prestigious event, an opportunity to share their music with a huge crowd. They were also winners of ‘Best band’ in the ‘World Music,’ ‘La Noche en Vivo,’ (Madrid) - contest on two recent occasions and awarded first place in the Tetuan Festival - renouncing their prize to give another artist the opportunity to record an EP. Whilst appreciating their achievements, Emeterians are more concerned with spreading their message of love and unity across generations worldwide.

Listen to the new album now

Having captured the attention of Cecil Ruben, the trio has appeared many times at Hootananny, Brixton, UK. Emeterians are a first class tribute act and perform under the name,’ Versionites,’ treating audiences to full sets in their shows including Bob Marley & the Wailers, Abyssinians and Alton Ellis. Due to public appreciation of tribute acts Emeterians have created their own Spanish festival for female vocalists, ’Sisters Sing the Reggae Queens.’ Proceeds donated to women in need in their native Spain and poor countries: Haiti, Costa Rica, Venezuela…

Emeterians have recorded several EP´s, singles, six albums and a mixtape which reflect their musical journey. 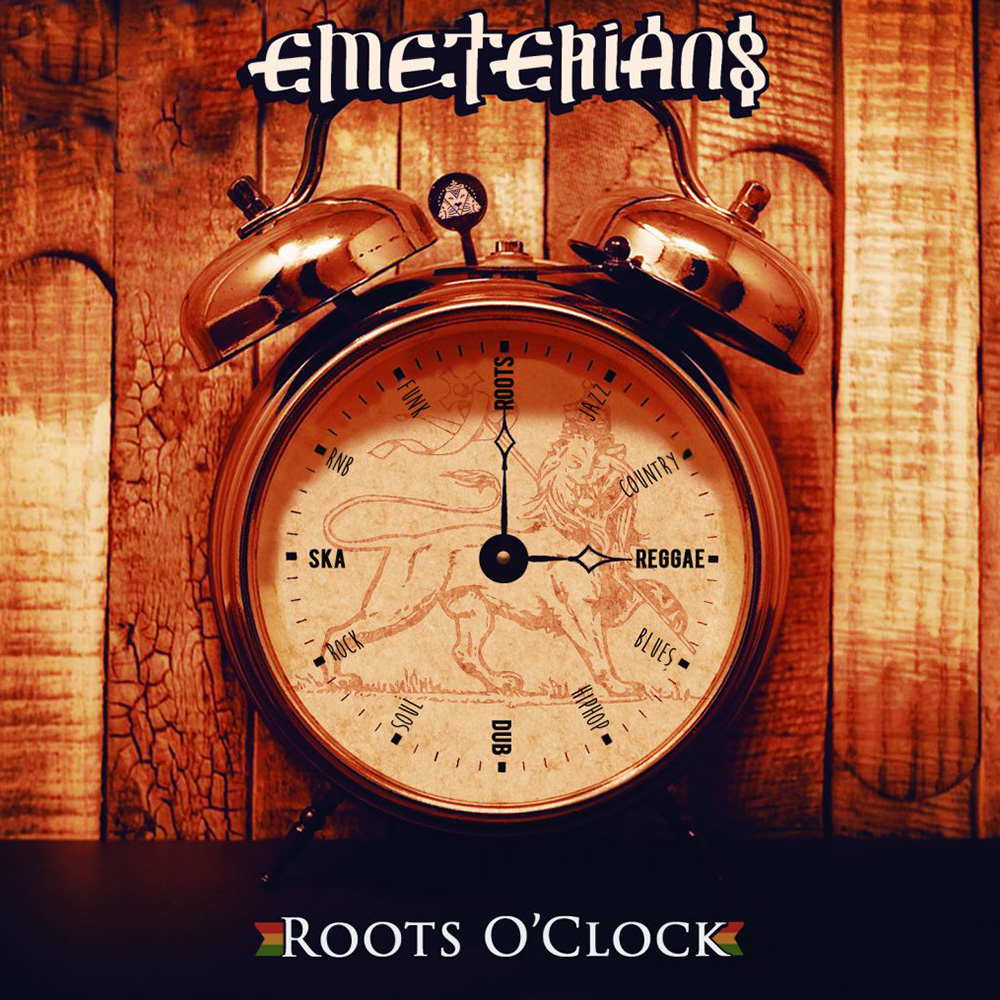 What time is it? For the vocal trio Emeterians, it´s Roots O´Clock...

Mixed & produced by Dilly Stingray and Emeterians in UK, mastered by Mike
Caplan (Lion&Fox) in USA.

With two major singles already released earlier this year ("Fly with me" feat Clinton Fearon &
"Babylon Bridge" featKy-Mani Marley) the vocal trio from Madrid strike back with a proper roots album. From songs like "River Flow", a deep roots anthem with a late 70´s feeling to songs like
"Roots Reggae Party" with an 80´s kind of vibe and sound. Their positive and conscious message is
delivered fully trough out the album with songs like "Hero", describing ordinary hardworking people:
everyday heroes... or songs like "Country Life", remarking and paying tribute to Mother Nature.
Songs like "Respect" also have a deep message, in this case with the great featuring Saritah, in duo with Sistah MaryJane, demanding respect for all women… “Zion I” featuring Luciano is courtesy of
Infini T Music. A great instrumental by Forward Ever Band recorded at Oktopus Studios Madrid.

It is amazing how three different languages can be combined, it clearly shows how Reggae Music
spread from Jamaica to the whole World... On "Roots o´clock" you can find most songs in English, a
song in Portuguese and a song in Spanish, covering Osvaldo Farrés anthem "Quizás", originally from
1947. A great interpretation by MaryJane , perfect harmonies from Maga Lion and Brother
Wildman, over a Stingray production featuring Spanish fellow musicians Javier Martín Boix (lead
guitar on most tracks) and Marcos Crespo on trombone.
It´s been long since their first studio album "Seeds" that they released a song in Portuguese... "Casa"
feat Tiano Bless is an original roots song. Catchy chorus and strong vocals by Tiano & Maga Lion, a
great combination.
Art work by Pablo Rakka & Emeterians.
Including great musicians such as: Forward Ever Band, Mafia & Fluxy, Jazzwad…this album is a
must.

Every so often in the Reggae Industry an artist/group slips underneath the radar without being detected. But now is the time for the world to stand up and take note from arguably 3 of the sweetest voices in the reggae industry to emerge.

The 3 voices who are the Emeterians based in Madrid, have come a long way since planting their 1st album entitled "Seeds" which has allowed them to take footsteps up until last year with Peckings and also Cosme Deyah productions of their 4th album entitled "The Journey".

Their climbing success has also lead them to be #43 in the US Billboard Reggae Charts, climbing to #90 on the ITunes US top 200 Reggae Albums. And one of their biggest accolades to date has been consideration into the 59 th & 60th Grammy top 50 album shortlist consideration. 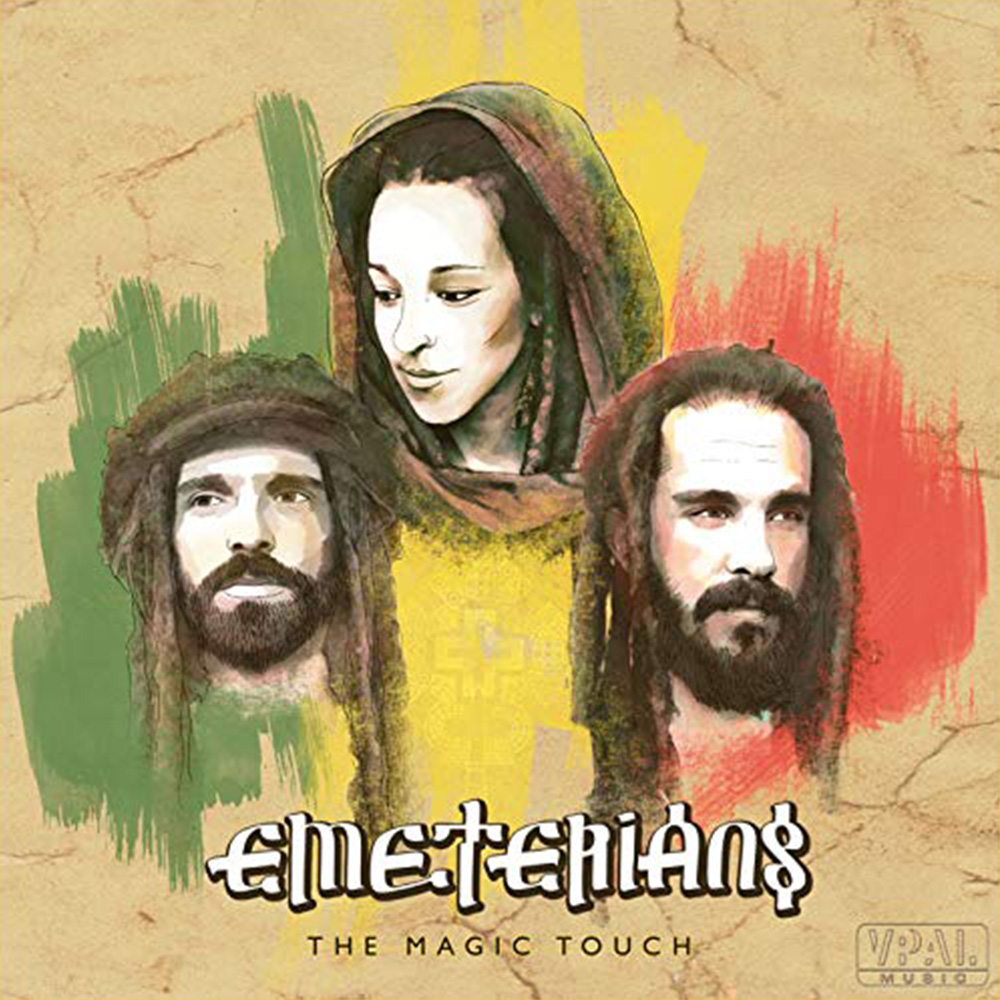 September 2017 sees the release of the brand new UK Stringray label production courtesy of Dillie Mcleod, where I can proudly say Sista Maryjane, Magalion and Brother Wildman have all come of age, with this exceptional, mature and breath taking album, which catapults the trio into the eyes of the world, especially when decent music is a must in the reggae industry.

“The Magic Touch”, as it is rightly entitled, brings 13 new tracks with unmeasurable pleasure. This deserves to be among your collection of must have albums. - Mikey Notch 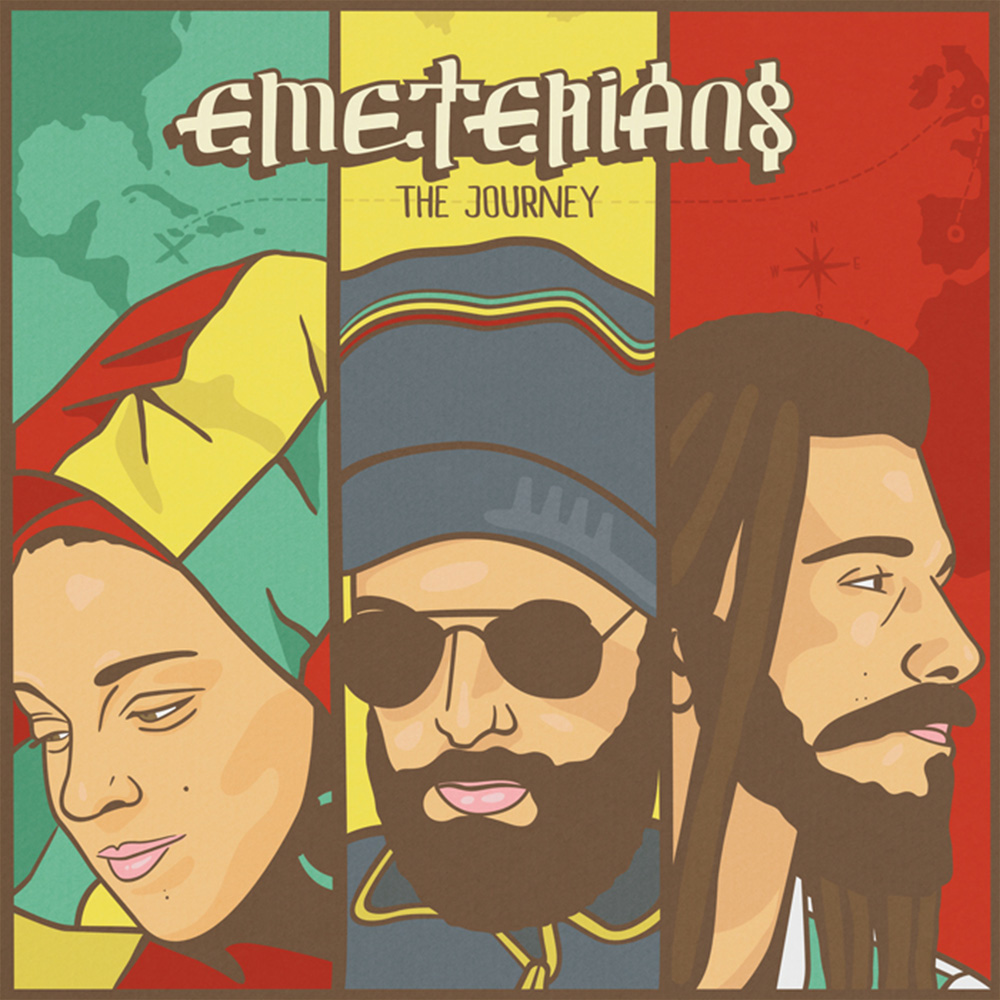 under Peckings Records label, distributed by VPAL music, produced by Chris Peckings and Cosme Deyah and mastered by Mike Caplan at Lion&Fox , this album reflects their personal and musical journey to the UK. Some of the best Peckings Studio 1 riddims made into unique songs. From Rocksteady and Lovers Rock to Dub and Revival Reggae, filled with great harmonies and truthful lyrics. 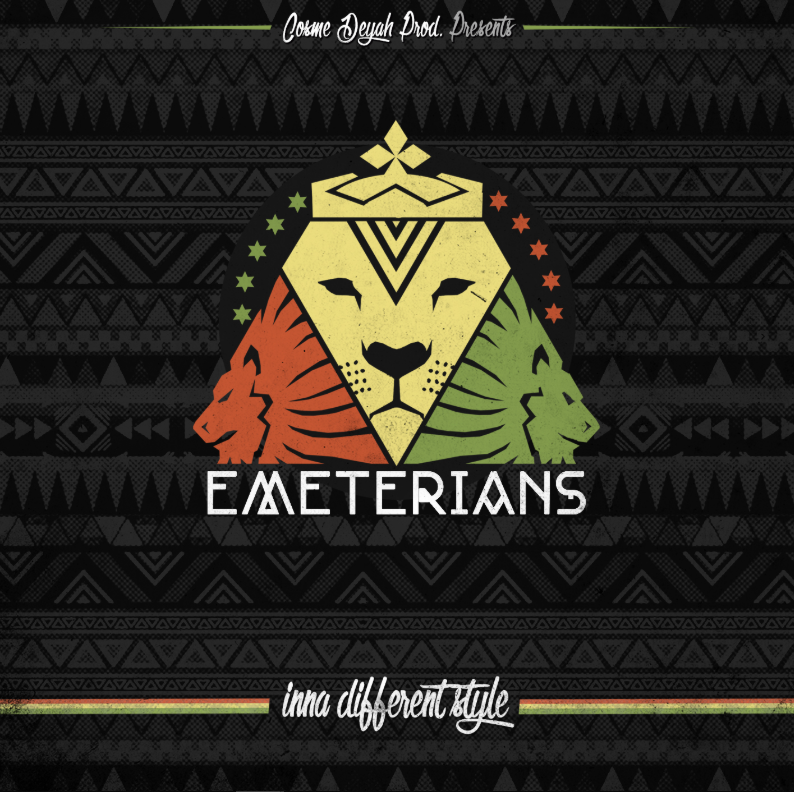 - mixtape for free download. Recorded and mixed by Cosme Deyah in London, UK. 12 tracks that celebrate more than 10 years of experience. 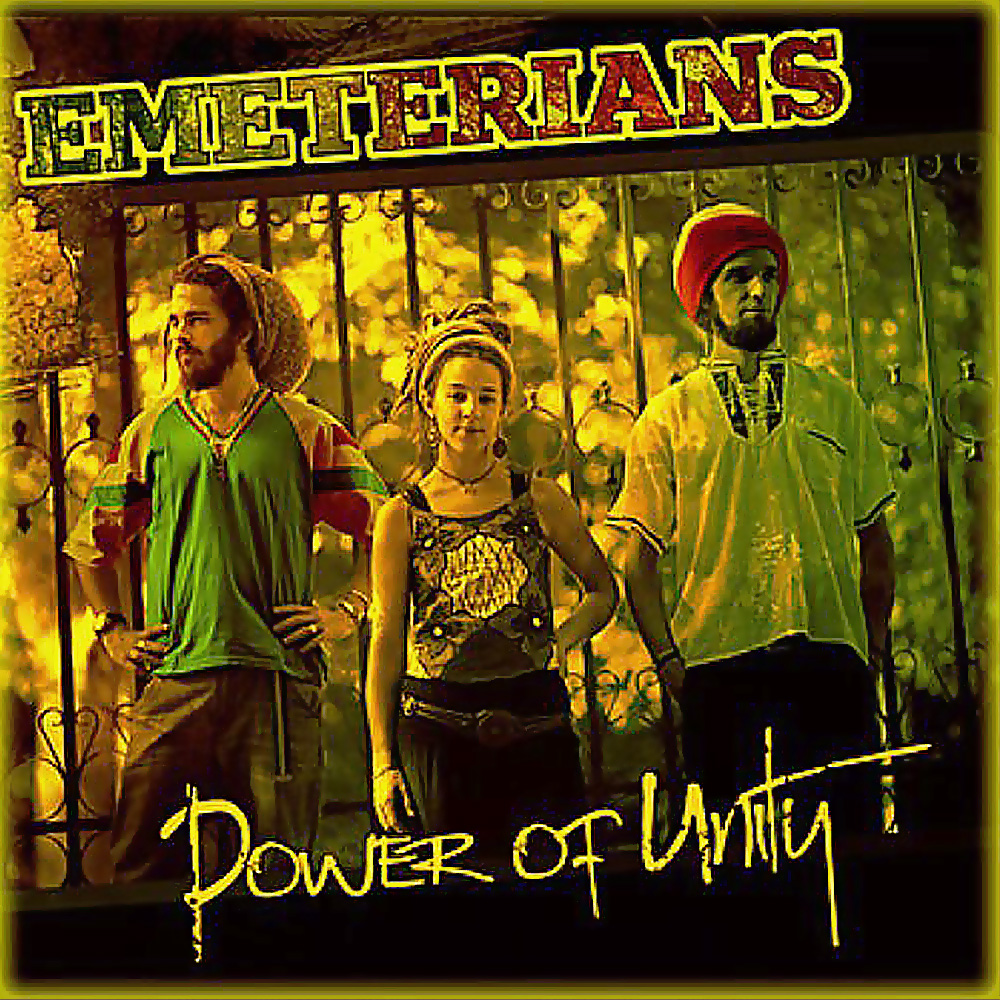 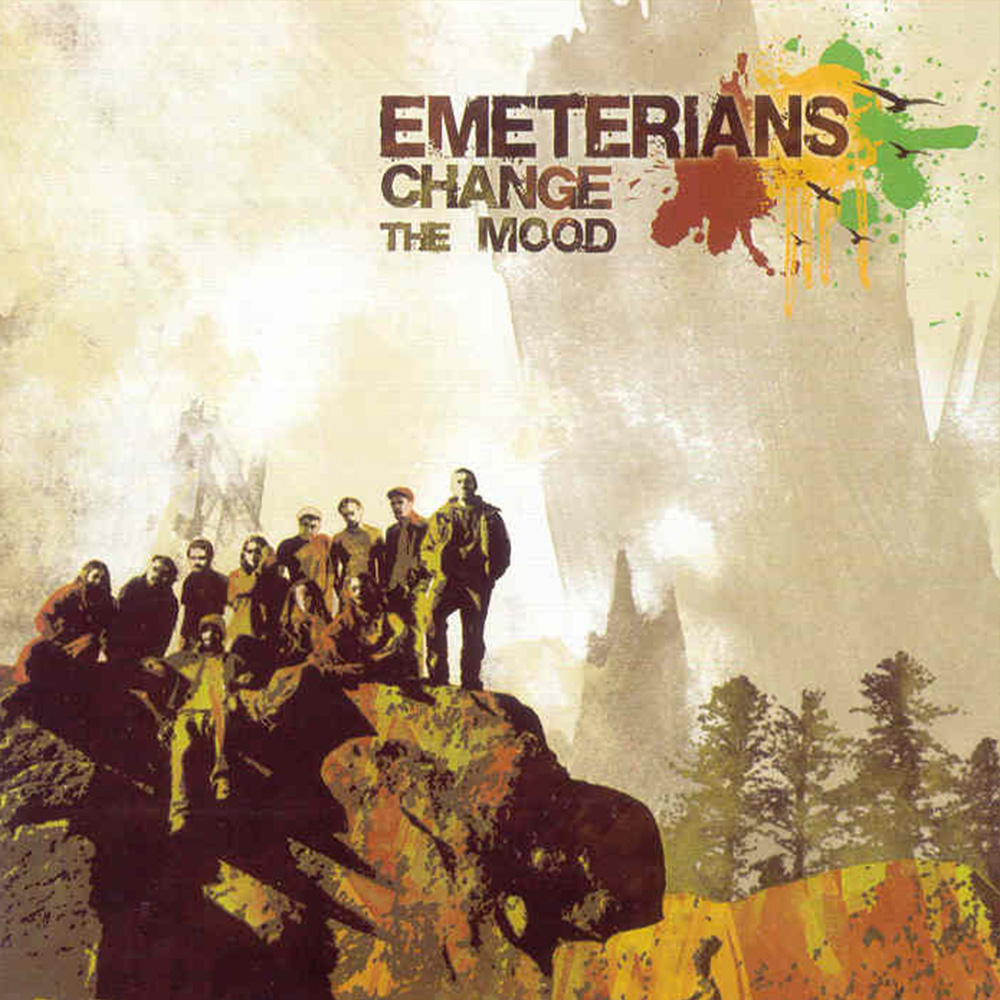 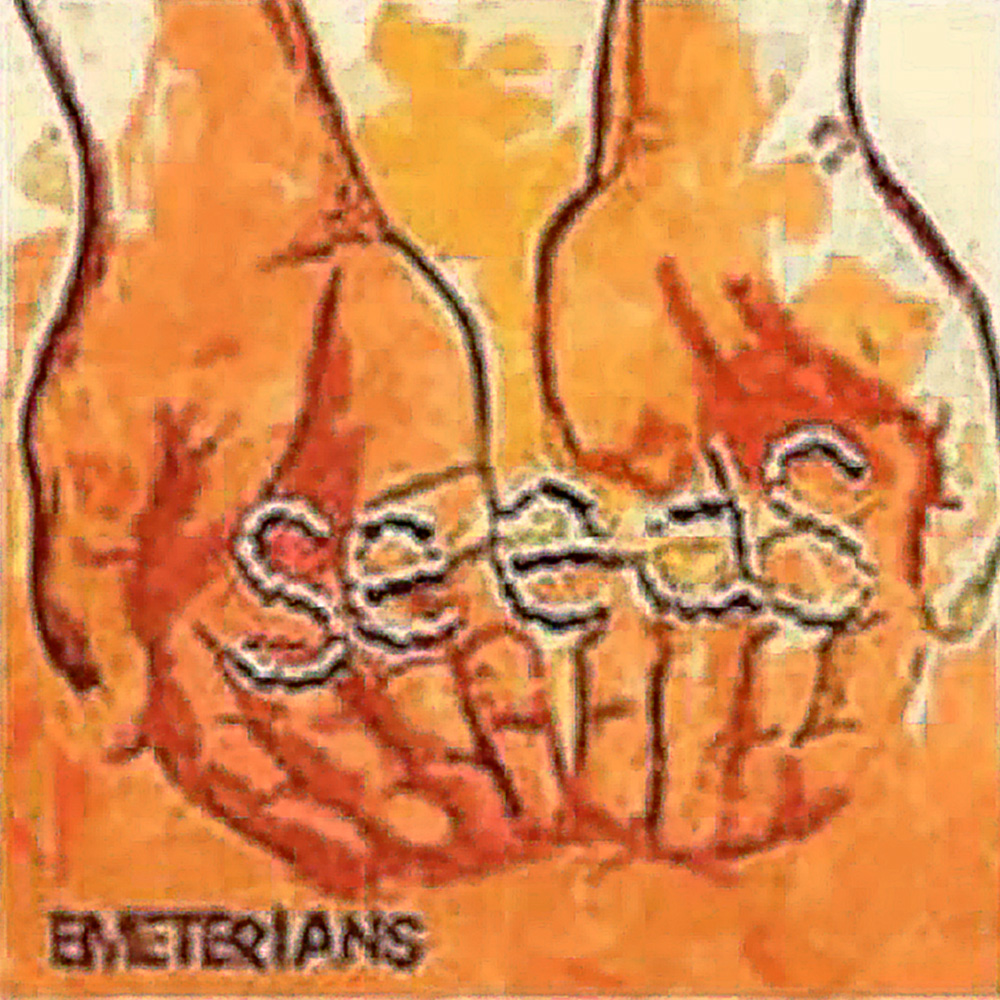 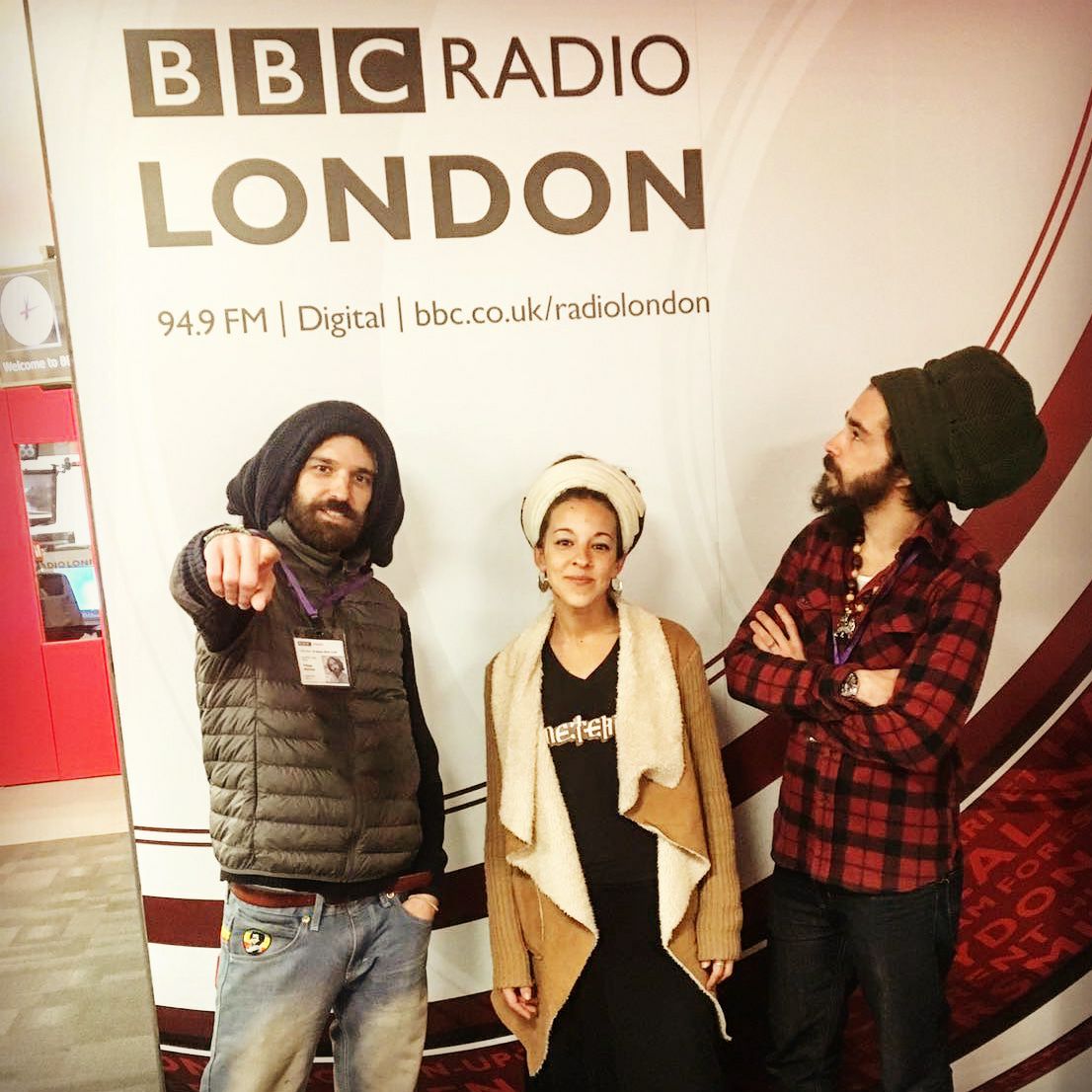 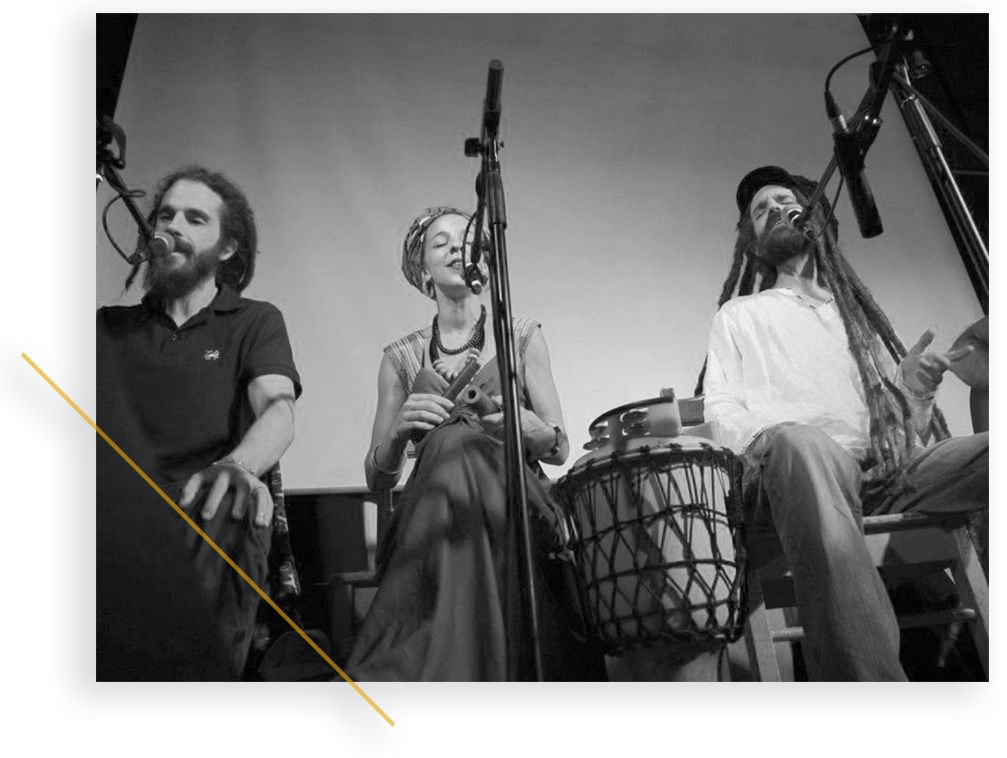 London, UK: A positive move to spread their message via the, ‘Gateway to Europe & the world!’ Emeterians see London as a strong cultural centre embracing Reggae within its multicultural society; making it a city of opportunity. Their links in the UK have enabled Emeterians to perform across the UK as a vocal trio with bands and international Reggae artists. Their recent association with Peckings Records and Stingray Records, has given them a base and platform to extend their talents through showcasing, new recordings and further international opportunities

Educational Concerns: A new, exciting project- "Didactic live shows for children" in which Emeterians create a fantasy atmosphere which involves children, giving them sound historical knowledge. This has been produced for councils, schools and foundations, so far proving successful. Emeterians: ‘The stage becomes a pirate ship that travels round the World through the continents freeing people from slavery. Each continent gives a different kind of Reggae feeling so we play from early Ska to new Roots Reggae covering every Reggae style. Whilst performing, acting and telling a story, there are lots of activities for the children so they really feel part of the experience 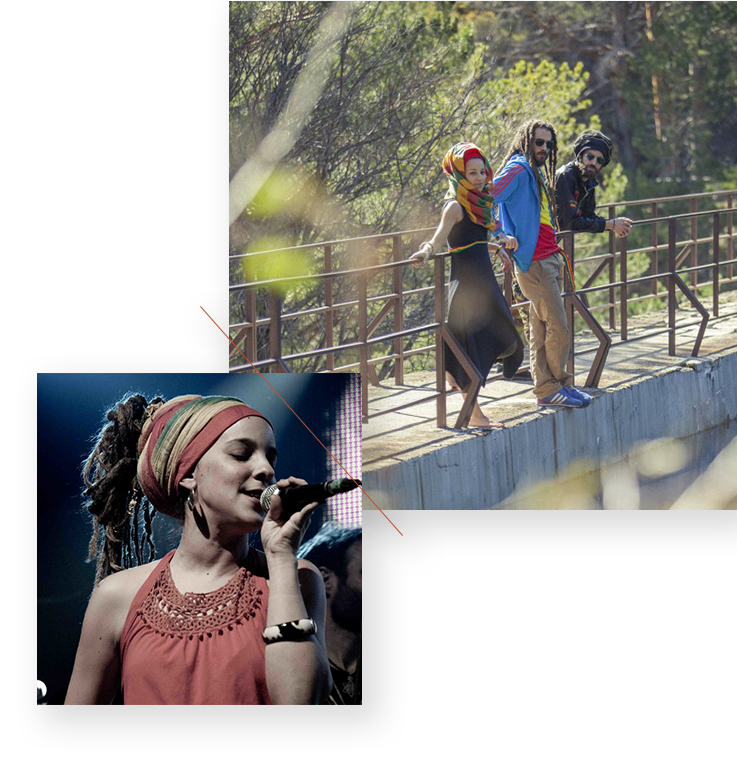 Emeterians- Highly talented trio who succeed at producing both ‘conscious’ and ‘popular’ Reggae to an equally high standard; attracting large audiences who appreciate the New Style Reggae as well as traditional Roots Reggae. Genuine people with a desire to share their music and beliefs, Emeterians constantly look for new opportunities to expand their repertoire and spread their music globally. They are inventive and knowledgeable ensuring a high degree of interest in their work, which, combined with energetic performances, guarantees their place as one of today’s best European Reggae Acts with the potential to become world greats!